Where Would Your Dreams Take You?

A festival favorite around the world with 11 best film awards, POPE DREAMS tells the story of an aspiring drummer who wants his dying mother to get an audience with the pope while he also tries to impress a girl out of his league.

“It’s rare in this day and age to find a film that conjures tears without being cliché. It’s also rare to see a portrait of male friendships that is so real, accurate and touching. No matter your age, orientation, family situation, gender- this film is sure to strike a chord within you.”

Amazon Imdb
"Pope Dreams" has a welcome honesty and heart to it that, when bolstered by such skillful performances, makes it well worth hunting down. Recommended.
David CorneliusDVD Talk
A pretty good indie flick. I most liked how it avoided many potential clichés. 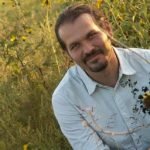 Chris BlockerLetterBoxd Member
I'm a very tough critic of films, especially independent ones...and I have to say that it was one of the best films I saw
HenryTheHankiMDB Member
Previous
Next

All Great Ideas are Dangerous

We would love to hear from you